Skip to content
Have you ever heard about super-corals?
As for sure you know, corals die when the water temperature in the ocean rises, and this warming lasts too long. Unfortunately, those water warming waves happen every couple of years and spread over the whole planet.
What does it mean?
We work, run the nursery, and plant corals. But there is a risk that the subsequent ocean warming wave will destroy the results of our work. And not only ours but other organizations worldwide working on reef restoration.This is why scientists and practitioners search for super-corals of different species with above-average resistance to temperature changes. As a result, the reef created with them can survive the climate changes. And the work at super-corals multiplication is considered one of the most promising and hopeful ways to save the corals on the planet Earth.
How can we find super-corals?
There are some spots in the Maldives where the last water warming wave left vast areas of the dead reef. But we can sometimes find the living corals, which survive and manage well among dead ones. They have the highest level of resistance and are so precious for the future of reefs on our planet. And baby corals obtained by their fragmentation will inherit the same traits.
On Maamigili reef, we have a similar situation. Because of the sand and dust floating everywhere, the water quality is so poor that most corals are already sick or even dead. But we collect those coral colonies which are still alive and healthy, which means they’re more resistant to the difficult conditions of their environment. In addition, the Maamigili reef is really shallow, around one-meter depth, so the water temperature here is higher than the average, and the temperature changes are more significant. So corals living here are more resistant to water temperature changes too. This is our founder Maria’s dream and plan.
But, as our corals expert Karl says, all corals are super. Not just super-corals. 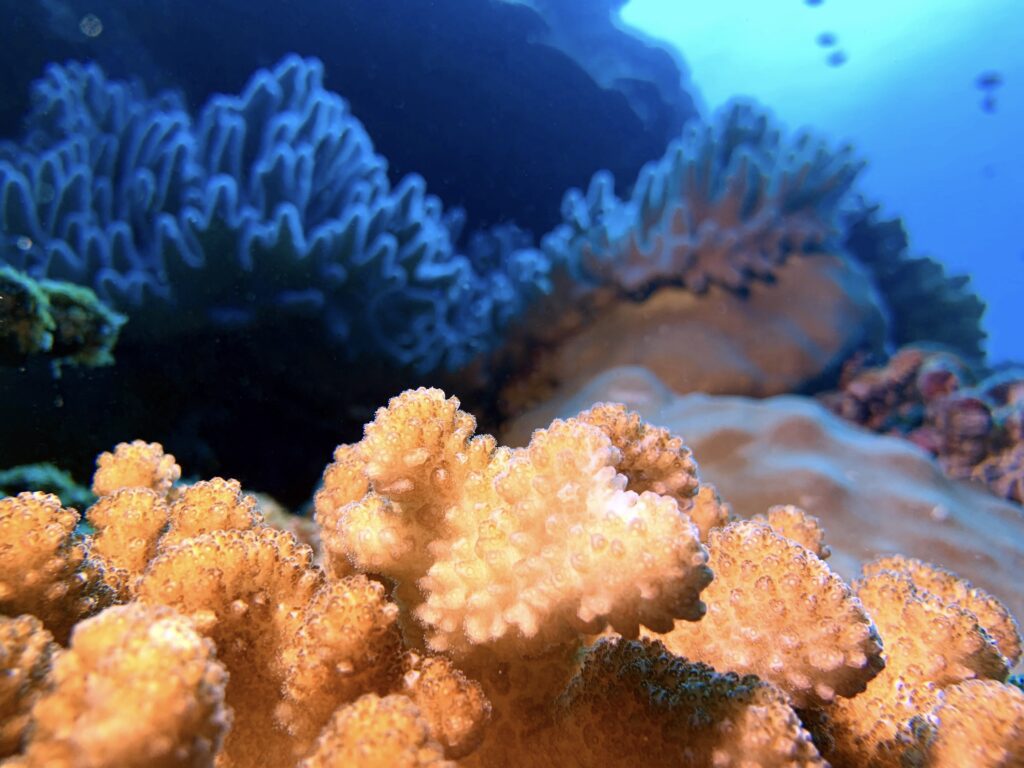 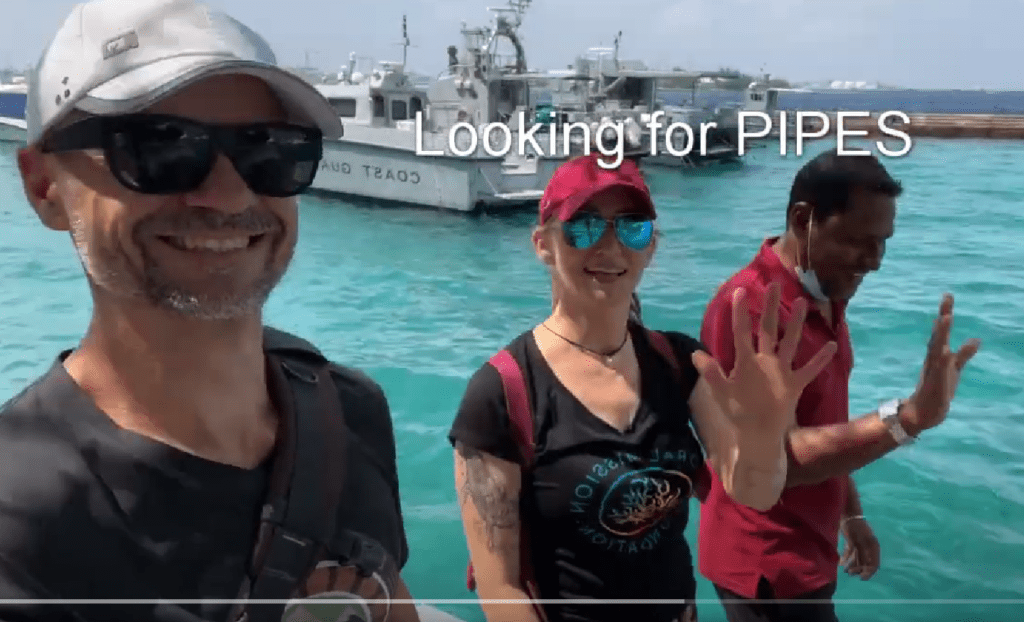